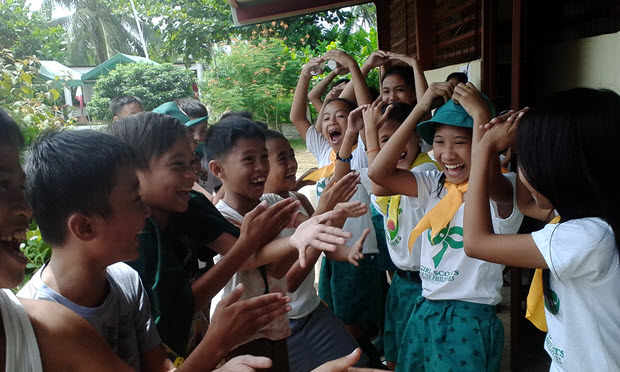 August 2016 – The Disaster Risk Reduction Program has formally kicked off in schools in the province of Aklan. After sending letters of intent to different schools, finally, most of schools responded positively. The first DRR training was done at Pusiw Elementary School in the town of Numancia, during the school’s Boy Scout and Girl Scout joint training camp. After that, three more schools requested to conduct DRR to their pupils. For the month of August, 549 children were empowered.

The four schools advocated are vulnerable to flooding and had experienced two worst flooding in the history of Aklan. The first disaster they experienced was last July 2008 during the devastation of Typhoon Frank and the other one was last December 2012 during the onslaught of Typhoon Quinta. These schools lie along the Aklan River, the reason why they were the first areas to be affected when the flooding threatened the province.

Once all schools situated along the Aklan River are conducted with DRR training, the next target will be schools vulnerable to typhoon. These are the top two natural hazards that affect the province every now and then.

The exciting thing about DRR is that the Department of Education sets up a separate office that addresses issues on DRR. They called this office the Disaster Risk Reduction Management Service. This means that conducting DRR to children strengthens our program’s thrust in protecting children from threats of natural hazards.