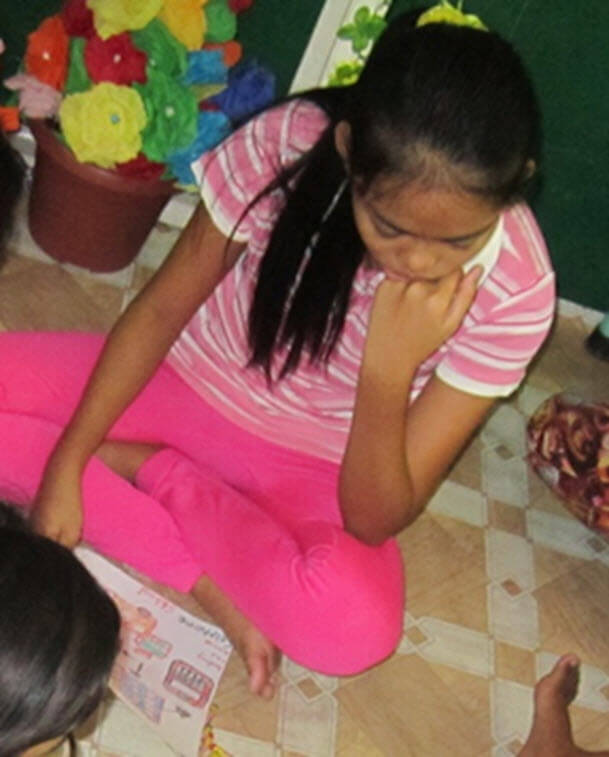 Johan (not her real name), is 15 year-old, came from the family of Muslim was referred in the program by Barangay Council for the Protection of Children. She was sexually abused by her grandfather.

Her perpetrator started his unlawful motives by grooming her since she was always given “pasalubong“ and receives compliments from him and gave her so much attention. At first she was happy for it, but later on she got confused because he is already acting like he has an intimate relationship with her. Then he started harassing and threatening her. He wanted to be her boyfriend. There was time that she was locked inside the comfort room and he touched her body parts. There was also an incident when she was left in the house, he went to her room and he attempted to rape her.

Currently, Johan is a beneficiary of the Community-Based Treatment and Recovery Program. She consistently attends therapy and counselling sessions and it really helped her to cope up from the traumatic incident she experienced. Dramatic changes was seen from Johan since she attended the therapy sessions and slowly she was healed from her abusive experience.

She can now express that she already understood the whole incident that happened to her and somehow accepted it and she wants to move on from it. Though her legal case is still on-going, she is grateful for the love and support of her parents and the program workers in her plight. She was also encouraged to see other kids struggling the same as her as she is with the other girls in the program undergoing treatment also.